Ooh, ooh, ooh! I’ve found something simply marvellous! Those of you who are kind enough to follow and read me should know by now that I shimmer on the dark and dystopian side of fiction, poetry and the like. Weeeeell, through checking out the latest prompt on Angela Goff’s VisDare, I saw that she had written a steam punk piece for the Dirty Goggles Blog Hop. And then I saw that there’s such a think as diesel punk – a genre that I hadn’t even heard of until a few hours ago.

In short – I couldn’t resist. I donned my goggles, fired up the diesel-powered self-pumping fountain pen (capillary action is so pre-war!) and set to work. I’ve squeaked in only hours before the challenge closes and loved it! I’ve never attempted this genre before, have no idea if it ‘fits’, but hey, it was so much fun to do. Happy reading, all. Here goes…. 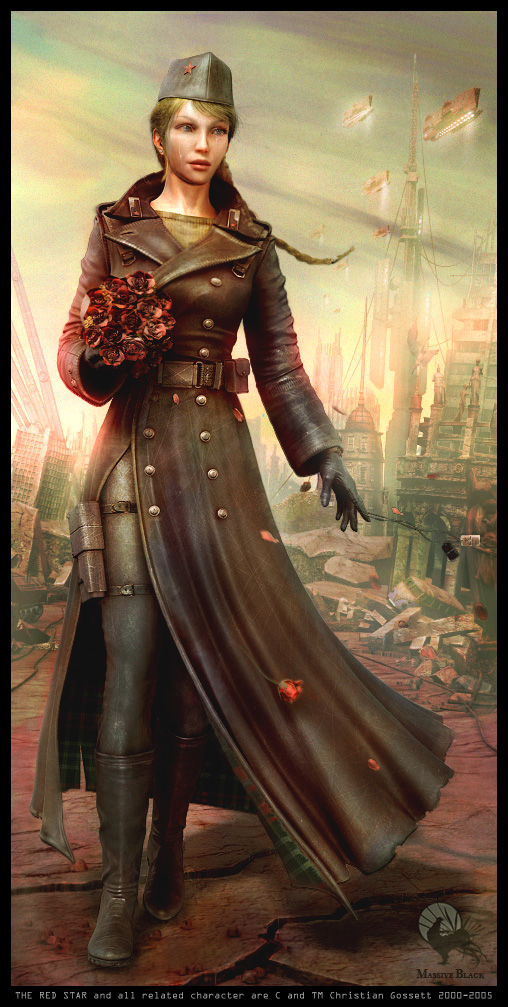 Image from The Flying Fortress

Xander hated being a twin, especially now that his sister was so powerful.

“Bloody bitch,” he whispered, stabbing at his lunch with his plastic cutlery. He imagined snapping the knife in two and thrusting the jagged ends into his sister’s neck.

“Xand. Hey, Xand! Enemy at two o’clock! Stop with the muttering, why dontcha? You don’t want to be carted off to The Silencer again do you, mate?”

Xander glanced up and saw his sister striding towards him. He nodded a silent thank you to Rawson, all the while hating himself for feeling so scared of his own flesh and blood.

The slap on his shoulder sent a piece of half-chewed mutton flying out of his mouth and sliding across the floor.

“Great table manners!” Dahlia chuckled, dusting the chair next to him and sitting down gracefully. She reminded Xander of a greyhound – albeit with limbs of iron and a will to match. She truly was the figurehead of the VFW Party.

“Congratulations. Madam Premier,” muttered Xander, trying and failing to look his sister in the eyes.

Her voice resonated across the canteen and he could see workers’ heads turn as if on screws, trying to take a look at the newest and youngest leader of the country. “Thank you. Well, today’s your lucky day. I have a job for you – a very special job.”

“I’ve got a job. Your government has seen to it that us men are fully occupied.” Xander couldn’t quite reign in the resentment. “You know, because of the trenches and all that. “

In that moment his heart sank, leaving an empty space where his last shreds of courage should have been. He dropped his head, waiting for the whistle, the rhythmic stamp of boots, the steel handcuffs and the frog-march of shame as the swarthy Amazonia dragged him to The Silencer – again.

“You really need to watch your tongue. I can’t always be here to protect you,” his sister said, tapping on the table. Her trademark red nail polish flashed under the strip lights that burned constantly. The factory ran 24 hours a day, producing parts for the Supersize Fortress, the plane that manned Europa’s borders from the southernmost edge of the Arctic Wastes down to the north of Afriqua. It was for defence only – Europa had long solved its internal battles and peace finally reigned, now that the women were in charge.

Xander sighed. He resented the mind-numbing greyness of it all. His sister was radiant in bright silks, incongruous against the dirty walls and scuffed lino. By contrast, there was nothing in his life, or the lives of his friends, to luxuriate in at all. He pictured his death; he would probably fall face first into his beige lunch out of sheer boredom.

“What’s this ‘special job’ then?” Xander made bunny ear quotes in the air with his fingers.

“How do you fancy a flight to Egypt?” Dahlia leaned back, smiling. “We’ve found the Emerenta. We must bring it to Europa.”

A gasp rippled around the canteen. The fabled green and magenta jewel was the VFW Party’s emblem, its hues replicating the colours of the women’s suffrage movement of twenty years ago.

“Why me? Oh God – are you sending me down a mine?” Xander pictured a vertical shaft choked with diesel fumes, and him coughing his guts up as the lift descended into the bowels of the earth.

“No! I’ve always felt bad that you got the raw end of the deal when we were kids,” Dahlia said quietly. “This is your chance. Will you do it?”

Rawson gave him a sharp kick on his shins. Xander racked his brains. Suddenly, it was as if a Supersize Fortress had landed on his chest. Of course!

“OK, yeah, great,” he stuttered, trying to suck air back into his lungs. “I’d better get back to it. Shall I come to your office later?”

“Yes, do that. Oh, and Xander? Smarten yourself up a bit before you arrive, there’s a good chap.”

He watched his sister sashay across the canteen, fully aware of the effect she was having. She was clever, but not that clever.

“Blimey, Xand! You know what they say about the Emerenta!” Rawson leaned forward, hissing urgently.

“Harder than diamond, more powerful than oxy-acetylene. I know. You didn’t need to kick me quite so hard.”

“This is our chance! We can break free. About bloody time!”

Xander imagined the fabled jewel, could feel the weight of it in his hands, its lethal point ready to cut through the eight-inch thick metal doors to the capital’s armory. Behind those doors lay the weapons confiscated by the VFW Party after The Great War.

Yes. His sister had underestimated him, just like everybody else.

My snake plant decided to celebrate the start of December with not one, but two flower buds! (The other one is hiding at the other side of the plant).
Last night was my final walk over London Bridge, and Tower Bridge put on a magnificent show for me!
This is the #shard right next to #londonbridge and #londonbridgestation - I will be seeing this view only a few times more and then I will have completed my last commute ever to the #cityoflondon otherwise known as the #squaremile
I found this book in a charity shop - I’d forgotten to bring my book with me and I *needed* something to read (you know?!).
Posted @withrepost, with the permission of @barbaralennoxauthor
“Fancy a bit of flyting, Hamlin old chap?”