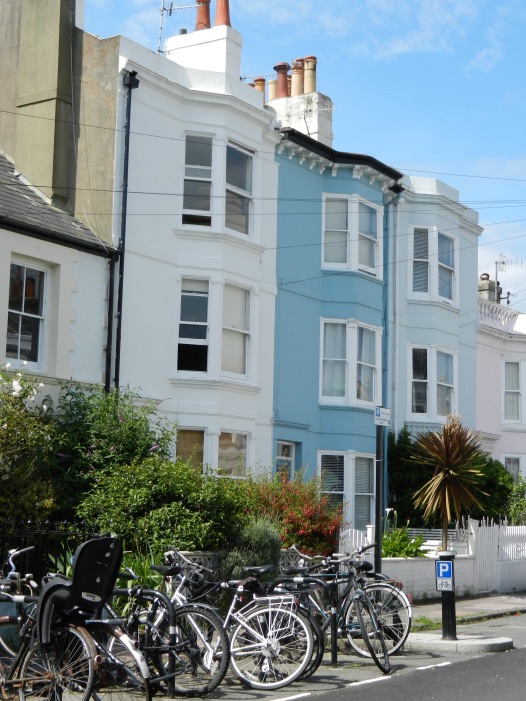 I put tulips under all the pillows, and then I set fire to the house.

You see, they hadn’t believed me when I said I would wreak my revenge. Dr Fernandez just told me I was attention-seeking and waved his hand at me in that Spanish way of his, dismissing me from his rooms like a naughty child. In fact, that’s exactly what he said I was ‘”A reediculous niña”‘ as he pushed me out into the reception area so hard that I tripped over that damned stupid rug and ended up sprawled on the floor, nose pressed against his receptionist’s Malono Blahnik’s. She is paid far too much.

Anyway, on the following Friday, we packed our bags and planned our escape. When I say ‘we’, I mean me and Vincent, my loyal English Bull Terrier and only friend. And when I say ‘planned’, well, that’s a rather grand description for chucking my holdall in the boot and gunning the poor old Morris Minor’s engine to within an inch of its life. Vincent doesn’t like the car, pretty much because there’s a hole in the passenger seat’s footwell, so if you stare at it too long, the rushing tarmac makes you feel sick. Or, makes you sick, in Vincent’s case. He’s since learned to hunker down on the back seat and close his eyes, pretty much.

You see, I’d never have done that thing with the tulips if it wasn’t for Fred. I’ll never forget the time that he went to the garden centre and never came back. Seventeen, I was. He was Mum’s new bloke, really nice and all, not like some of the other men she’d hooked up with since Dad high-tailed it to Spain – trouble with the Vice Squad, so Mum told me. ‘”Just off to Greengage’s!”‘ Fred had sung out as he stepped out the front door, and I knew he’d come back with those beautiful purple tulips that he knew I loved. I’d almost hugged myself with the pleasure of it all. It was like having a new dad all over again.

Only, he didn’t come back. It was like he’d been wiped off the face of the earth.

But Mum didn’t seem all that surprised, or even bothered.

And then, quick as you like, Nigel moved in. Barely out of his teens and a cocky so-and-so. Fancied himself. And unfortunately, me as well.

Shame about the house though.

My mother was doing that thing she did. That thing with the rags in the sink.

It sets my teeth on edge, every time, because I know that it’s the signal, loud and clear, that something IS WRONG.

It’s mostly Dad. He can’t keep her happy now, can’t even bother trying any more because he can just be doing nothing, nothing at all, and she’ll high-tail it to the kitchenette and start slopping those rags around, pounding and pounding, sloshing filthy water all up the walls, muttering under her breath.

I was standing right behind her yesterday and she didn’t even notice. She was so utterly and terrifyingly focused on that pounding, pounding, making the counter top bang against the wall, not even noticing the flakes of bubbled up plaster and paint fluttering down from the ceiling as the cowboy carved-out excuse for a kitchen complained in protest at her rhythmic bang bang bang.

Once, just once, Dad kinda slipped up. Forever and ever since, Mother hasn’t let him forget it. It’s like she’s on the hunt for the tiniest hint that he doesn’t want to be in the family any more, that he wants to up sticks and live a good life, for God’s sake.

I remember ‘The Mistake’ as Mother calls it, as she hisses the words through her teeth, as she pounds those innocent rags to shreds in the sink. She was standing behind the counter, That Woman, giving him this root beer-float kind of smile. Mother saw it, filed it away, pressed her thin lips into an even tighter line and waited until we got home. I can only have been all of seven, perhaps eight. Boy, did she let rip. Yes, Dad did know her, yes he had passed the time of day with her, yes, he had once poured his heart out to her over one too many beers, yes, he shoulda confided in Mother, his Goddamn wife. But, the simple fact was, he hadn’t. He’d made a mistake.

All those unspoken words making the air thick as molasses and treacherous as quicksand.

They burned books in the hallways. I could smell it, the pain, the anger, the protest as the words scurried out of the open windows, sucked out into the great, black yonder by the treacherous summer wind.

I had expected more of Nature. After all, She had suffered enough over the millennia, as Man chewed Her up and spat Her out. But no, here She was, aiding the destroyers of the only beautiful thing that we had managed to create without destroying Her.

But. Maybe that was the point.

Helping Man wreak his own destruction.

Thank you @tara.a.lake for your ⭐️⭐️⭐️⭐️⭐️ review of Anti-Virus, I really appreciate it!
Thank you @lilyrookeauthor for reading Anti-Virus and for posting this review on Amazon and Goodreads!
I sincerely hope not…!
And… I’m back! Let the dystopian delights continue!
“Is that a pen with a light in it?” I hear you ask.
What better thing to do at this festive time of year than read a dystopian novel?!