Liz, who reviews books, considers herself to be a plain woman. Not ugly, not even mousey, just not pretty, and certainly not striking. She is unremarkable in every way. Except… the books that she reviews are what, back in the day, Uncle Joe would refer to as bodice rippers, whilst winking in that oily way of his and digging her in her teenage ribs, revelling in the red heat that would rise on her cheeks like a hormone-induced tidal wave.

Strangely, once Uncle Joe discovered that racy literature was her bread and butter, he left her alone. Sometimes, she would find him in the kitchen with Mother and sense that the privacy she had unknowingly breached consisted solely of his unadulterated opinion of her eminently unsuitable job. Not a career mind, just a job, whilst she waited to settle down and produce babies for a grey accountant in the City.

Liz had taken up the Argentine Tango not long after reviewing her first book for Forbidden Fruit. She knew, self-aware that she was, that in the heady environment of swirling skirts and impossibly intimate leg flicks, she truly came into her own. She had found her métier, at last.

Little did Uncle Joe realise that she had spotted him once, not quite hidden at the back of the dimly lit audience at the Meppersley Wood Working Men’s Club. as she swirled, cavorted and leaned in to the tight body of Pablo, her dancing instructor and on-again, off-again fervent and temperamental paramour.

She had seen the sheen of sweat on Uncle Joe’s brow and temples, watched with satisfaction as his cheeks glowed with desire. He had failed to recognise her as he lusted after her full breasts and sinuous, writhing hips.

Oh yes, she is a plain woman in every respect, except that is, on the dance floor. 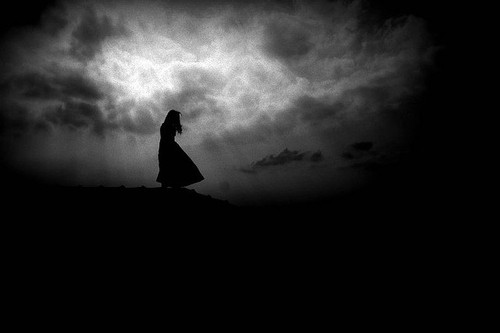 Kit was an utterly marvellous boy – I called him that because he seemed so young, such a rough diamond and oh! such a refreshing change from the insipid and polished eldest sons of eldest sons Father insisted I meet.

Of course, I knew it was impossible – Father would no more have let me walk out with Kit than if I had asked to marry one of the toads ringing the marshy edges of our lake.

Sadly, oh so sadly, Kit never could understand how these things worked – as far as he was concerned, an honest job meant he was an honest man, and that should be good enough for anybody, even the likes of Captain de Riviera.

It was partly my fault, I confess that now – I had no way of knowing how to handle such a virile and passionate creature, and I led him on, far too far…

Poor Kit… and not to mention, poor me.

Here is my latest entry into the lovely Lillie’s Five Sentence Fiction, where she has provided this beuatiful photo for us as this week’s inspiration.

This week, my tale follows on from a flash fiction piece I wrote for VisDare, as the images seemed to work well together.

Please do visit here to read, read, read some more! No two pieces will be the same…

Ophelia is waiting for her lover in the sultry summer sun.

For him, she has shunned her family and cast aside her morals, her instincts and above all, her better judgement.

The garden appears to be sheltered and obscured from the view of passers-by. However there is a place in the wall where, if you place your eye just so, you will be rewarded with the full spectacle of the fountain, the camellias, the lawn and anyone who cares to rest within.

Ophelia knows this and she also knows who else knows this. Isn’t this hidden gem where the lords and ladies of the kingdom, inflamed with their desires and wants, their peccadillos, flock to catch a glimpse of their hearts’ desires?

She can feel the heat of them, these eyes. She can imagine the carefully plucked eyebrows rising in shock to see her, the future king’s potential wife, lying here in such disarray.

She is imprudent with desire. It will take very little to tip her over into the sweet, dark abyss.

To her at least, in this moment, it will be worth it.

Here’s my latest entry to Magpie Tales. Waterhouse is another one of my favourite artists, along with Millais. This painting to me is reminiscent of Waterhouse’s Ophelia, so I was drawn to writing about the tragic young noblewoman who took her own life in Shakespeare’s Hamlet. A great deal of poetic licence has been taken, of course.

I hope you enjoy it, and that the sense of madness comes through.

The title ‘Like sweet bells jangled’, comes from Ophelia’s speech when she is fretting on Hamlet’s seeming loss of mind:

“Oh, what a noble mind is here o’erthrown!—
The courtier’s, soldier’s, scholar’s, eye, tongue, sword,
Th’ expectancy and rose of the fair state,
The glass of fashion and the mould of form,
Th’ observed of all observers, quite, quite down!
And I, of ladies most deject and wretched,
That sucked the honey of his music vows,
Now see that noble and most sovereign reason
Like sweet bells jangled, out of tune and harsh;
That unmatched form and feature of blown youth
Blasted with ecstasy. Oh, woe is me,
T’ have seen what I have seen, see what I see!”

My snake plant decided to celebrate the start of December with not one, but two flower buds! (The other one is hiding at the other side of the plant).
Last night was my final walk over London Bridge, and Tower Bridge put on a magnificent show for me!
This is the #shard right next to #londonbridge and #londonbridgestation - I will be seeing this view only a few times more and then I will have completed my last commute ever to the #cityoflondon otherwise known as the #squaremile
I found this book in a charity shop - I’d forgotten to bring my book with me and I *needed* something to read (you know?!).
Posted @withrepost, with the permission of @barbaralennoxauthor
“Fancy a bit of flyting, Hamlin old chap?”