Here’s my latest offering for Anonymous Legacy‘s photo-inspired prompt, VisDare. This week, and for the rest of NaNoWriMo, she’s ringing the changes, so the rules are a little different…

Use TWO of the photos of your choosing as a combined prompt.

Use ALL THREE of the photos as a combined prompt.

Hmmm…. And we have 300 words to play with, rather than 150! Never one to avoid snatching at a laid down gauntlet, I’m going for all three photos! 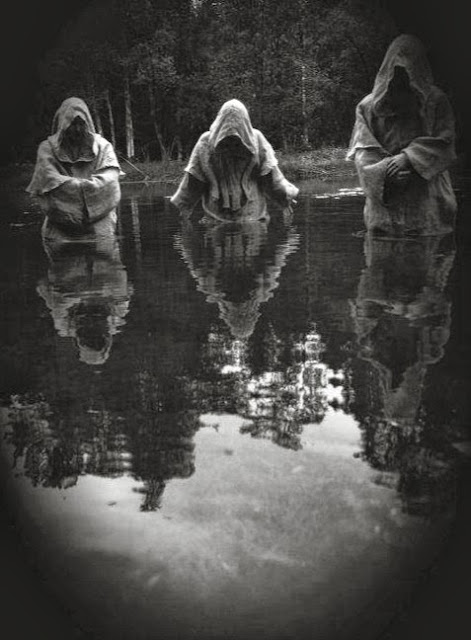 The clearing had barely changed since last year and a momentary element of surprise rippled his skin. Logic reminded him that the chances of another lost soul landing here were non-existent. This place was his, and his alone.

This time, he had brought the tools of modern orienteering. A sat-phone, a GPS and solar-powered batteries all added weight to his backpack, providing a comfort to his anxious mind.

His luminous watch told him that the time was nearly here. Soon, they would appear. In the dark, he checked the settings of his camera, made sure it was ready to fire off shot after shot in rapid succession. All he needed to do was press the button.

“Hey! Brad! We’ve found it! The clearing is over there, look!”

“Hallelujah! Boy, I’m gonna give Donny a piece of my mind after this. This place is hotter than Hades!”

“D’you think he had an accident, or something?”

“Today, we remember the soul of Donald Aitken, an explorer and investigator of the Dark Times beyond our time and realm. He pushed the boundaries in an effort to reveal the secrets of this world, and beyond. Sadly, as we know, he chased hard and fast, and this time, met his end. Donald, we salute you.”